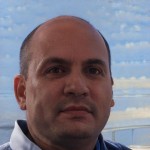 When investors, entrepreneurs and managers explore markets for their products or services, the primary goal is to achieve rapid growth. For most businesses, the first target with such a move is large countries, especially in the west, which is okay because of the big population. However, there is one market, which is apparently smaller, but that you can count on to quickly spring into a revered multinational. This jurisdiction is Hong Kong.

Hong Kong is an island located on the mouth of Pearl River Delta in South China and it boasts of a strong liberal economy. In this post, we take a closer look at Hong Kong to determine its huge potential for supporting business growth.

Like other companies that migrated to Hong Kong ahead of you, it is possible to also turn it into a stepping stone to success for your enterprise.

A Brief about Hong Kong

According to Adrian Cheng, the CEO of the New World Development in Hong Kong, an investor or manager must be strategic in picking the best business location and adopt innovative strategies for growth. He has used the jurisdiction to set up his new K11 brand, which is now opening one of the largest art centres in Shenzhen, China. Hong Kong offers a vantage point that businesses can use to rapidly grow to their desired multinational status.

The most notable attribute about Hong Kong is the supportive administration. For more than 20 years, Hong Kong has been in a race to install progressive policies that help businesses succeed. This move is pegged on the fact that the island does not have large land for agriculture or mineral resources.

Therefore, it promotes businesses to act as a source of revenue for its rapidly growing economy.

The impact of the support from the central government is that most of the businesses end up being very successful. So, whether you have a start-up or simply opening a branch on the island, know that the chances of success are very high. Other unique things that make Hong Kong stand out include:

A closer look at Hong Kong reveals that almost every large company we know of today has some presence there. The main reason that companies opt for Hong Kong is the ease of access to Mainland China. Most companies in Hong Kong are allowed to access the Chinese market through the Closer Economic Partnership Arrangements (CEPA).

Therefore, you should commence strategizing how to exploit the large Chinese market immediately after starting operations in Hong Kong.

To attract more investors, Hong Kong uses a two-tiered tax system to ensure investors retain the bulk of the profits for growth. Under this system, companies are charged 8.25% in corporate taxes for their first HK$2 million. Then, corporate income above HKD2 million is charged the standard rate of 16.5%. Other tax benefits for running a company in Hong Kong include:

The Island Boasts of State of the Art Infrastructure

As a business, the best jurisdiction is the one that has well-developed infrastructure. Hong Kong stands out because it has progressively improved its infrastructure, such as roads and rail networks, over the last twenty years.

For example, the Hong Kong International Airport is ranked among the top 20 best airports on the planet, with more than 120 airlines connecting it to about 220 destinations. Therefore, moving raw materials, finished products, or will be pretty easy and affordable.